The geography of Kenya is diverse. The country has a coastline on the Indian Ocean, which contains swamps of East African mangroves, coconut palm trees and some patches of tropical rainforest.

Kenya‘s inland consists of broad plains and many hills. Central and Western regions are characterized by the Great Rift Valley home to two of Africa‘s highest mountains, Mount Kenya and Mount Elgon.

Kakamega Forest, situated in Western Kenya is relic of an East African rainforest. Much larger is Mau Forest, the largest indigenous montane forest in East Africa. 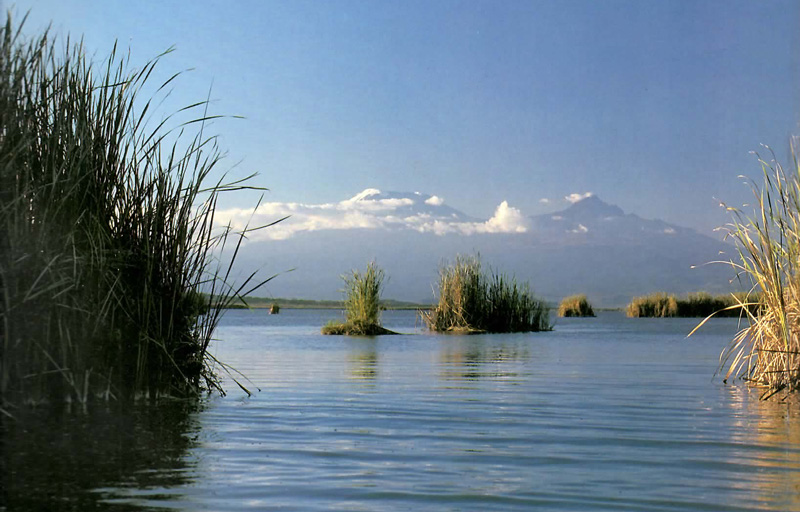 The climate of Kenya varies from tropical along coast to arid in the interior. Kenya weather is generally sunny year-round with the main rainy seasons being from March to May and from November to December.

Low plains rise to central highlands that are, in turn, bisected by the Great Rift Valley; fertile plateau in west.

The two main rivers are the Tana and the Galana. However, the Ewaso Ng’iro is a very important river supplying water from Mount Kenya to the northern part of the country.

Recurring drought and flooding during rainy seasons. Limited volcanic activity; the Barrier, south of Lake Turkana, elevation 1,032 m, last erupted in 1921; South Island is the only other historically active volcano.

The Kenyan Highlands comprise one of the most successful agricultural production regions in Africa; glaciers are found on Mt Kenya; unique physiography supports abundant and varied wildlife of scientific and economic value.