Tourism in Kenya has seen steady growth since independence. The sector slowed down in the 1990s, but it is currently the country’s largest foreign exchange earner, followed by flowers, tea and coffee.

Many travelers who visit Kenya are safari-bound tourists who come to visit the various tourist attractions in the country. African safari is what Kenya is renowned for and thus has come to be known as the heart of the African safari.

Kenya has diverse wildlife and spectacular landscapes. The country occupies an area of 580,367 square kilometers, out of which approximately 44,359 square kilometers or 7.5 percent is wildlife conservation area.

Some of the wildlife that can be seen in the National Parks and Reserves are lions, elephants, rhinos, buffaloes, wildebeests, zebras, kudus, elands, gerenuks, hyenas, baboons, Thomson’s and Grant’s gazelles, giraffes, topis, bushbucks, waterbucks, leopards, cheetahs, hippos, crocodiles and more than 1070 species of birds. 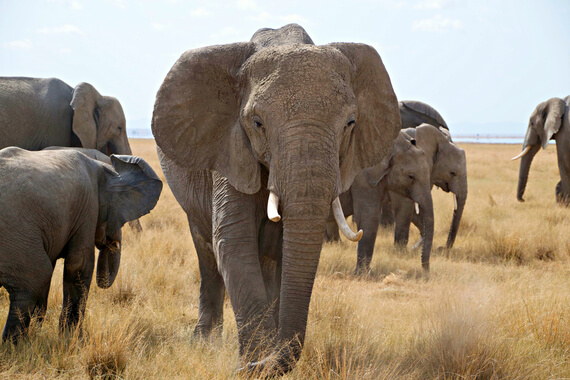 Together with safaris, the country’s other major tourist attractions are the coastal beaches. Kenya has 536 kilometers of unspoiled white-sand beaches lined with palm trees and coconut trees. At the coast, holidaymakers can see spectacular marine life while snorkeling, enjoy water sports such as kitesurfing, windsurfing, dhow sailing and kayaking.

Mombasa, which is Kenya’s second largest city after Nairobi (the capital city) has a rich cultural and historical background dating as early as the 8th century. Malindi and Lamu are also popular destinations at the coast.

During this period the sector earned KES 97.9 billion, a significant increase of 32.9 percent compared to the KES 73.7 billion from 2010.