Nairobi is the capital of Kenya. It was founded in 1899 as a rail depot on the railway linking Mombasa to Uganda.

The name comes from the Masai phrase Enkare Nyrobi, which translates to “place of cool waters”. The city is nicknamed the Safari Capital of the World and the City Under the Sun.

It is the only city in the world separated from a National Park by a mere fence.

Over the last century the city has grown to become one of the most prominent cities in Africa both politically and financially. Most visitors flying into the country fly in through Jomo Kenyatta International Airport, which is the largest airport in East and Central Africa. 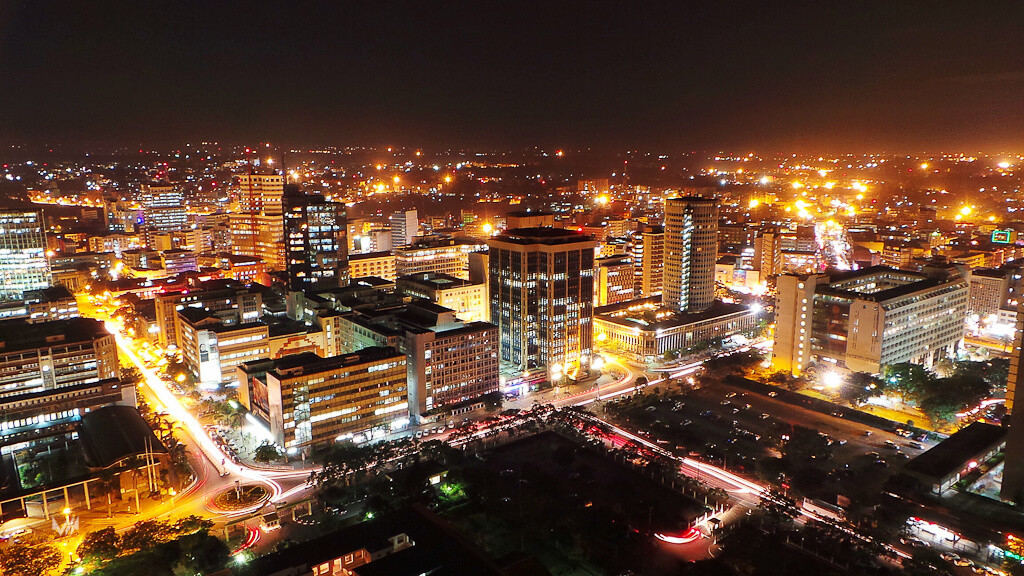 Nairobi is home to thousands of Kenyan businesses and more than 100 major international companies and organizations, including the United Nations Environment Programme (UNEP) and the main coordinating and headquarters for the UN in Africa and Middle East, the United Nations Office in Nairobi (UNON).

It is unfortunate that many tourist choose to sidestep the capital of Kenya because of the bad press the city has had in the past. The reality however, is that a day or two spent exploring Nairobi’s treasures is both enlightening and entertaining.

There are a wide variety of wold-class malls, hotels and restaurants. Some of the popular tourist attractions are: –

It is Kenya’s first National Park and was established in 1946. Nairobi National Park is located 7 kilometers south of the city centre.

Although the park is not big compared to other parks in the country (117 square kilometers), it has a large and varied wildlife population including lions, African buffaloes, giraffes and more than 400 birds species. It is also one of the country’s most successful rhino sanctuaries.

It is Kenya’s National Museum and the largest in the city. It houses a large collection of artifacts portraying the country’s rich heritage through history, nature, culture and contemporary art. In June 2008 Nairobi National Museum reopened its doors after a two years major renovation program, the first since 1930. Other attractions within the museum include a Snake Park, Art Gallery, Temporary Exhibitions, a Botanic Garden, Nature Trail and Shopping and dining facilities.

The museum is located 10 kilometers outside of Nairobi. The coffee farm below the Ngong Hills where owned by the Danish author Karen Blixen (also known by the pseudonym of Isak Dinesen), author of the book Out of Africa, which inspired the Oscar-winning movie of the same name.

At the Masai Market you can shop for souvenirs such as traditional crafts, woodcarvings, Masai beaded necklaces, baskets etc. The Masai Market is held at different locations on alternate days.

On Tuesdays it’s at Kijabe Street (opposite The Norfolk Hotel), Wednesdays – Capital Center on Mombasa Road (This is very close to JKIA), Thursdays – Nakumatt Junction Mall on Ngong Road,  Fridays – The Village Market, Gigiri, Saturdays – The High Court Parking lot, CBD (just behind The Hilton Hotel) and Sundays it’s at The Yaya Center in Hurlingham.

The Masai Market is usually open from 8am to 6pm on these days.

The capital of Kenya has a fun and energetic nightlife for the young and old alike. There are gourmet restaurants offering both local and international cuisine. The most popular clubbing spots are found in Westlands, Karen, Lang’ata, Hurlingham, and “uptown” venues in the central business district.

The best way to tour the capital of Kenya is to take an organized tour. The tailored tours take you to the various tourist attractions in and around the city.

There are many Nairobi flights from the UK, Europe, Asia, Middle East and beyond. Domestic and regional flights can be booked from the various airlines in Kenya.

While you were in Kenya’s capital did you come across a particularly nice hotel, restaurant, nightspot? a great activity? Share your travel story or review using the form below. You can upload photos to accompany your story.